I felt somewhat compelled to write a follow up post to my Only Child Piece. In it, I mention that motherhood was an intense experience for me from the very beginning, which is why I knew I would only have one child. And by using the word intense, what I really meant was…I was not a fan of motherhood.

When learning about new motherhood from friends, prior to having my daughter, they would consistently tell me how difficult it is but always follow it up with statements like, “But it’s totally worth it!!”, or “It’s the best job I’ve ever had!!!”, or some puppies and rainbows bullshit. And I do believe that most truly felt that way.

I, on the other hand, did not.

My daughter came into this world at 38 weeks. I was induced due to severe preeclampsia. The labor was somewhat uneventful, besides my epidural failing, (which was more traumatic to me than my high blood pressure). My first words as she laid on my chest were, “What do I do with you now, little one?”. I immediately felt unprepared.

I didn’t see my daughter for approximately another nine hours after labor because of my complications. I don’t remember really missing her during this time. I just felt…weird. Alone. And drugged. Something felt like it was missing but I didn’t ache for my newborn. When the nurse finally brought her to me to try to breastfeed, I sobbed but I wasn’t sure why. Was I happy to see her? Nervous? Overwhelmed? I’m still not sure of my exact emotions.

The next couple of days, I seemed to be soaking this all in but, as much as I felt love, I had this equal amount of confusion. I truly didn’t know what to do with her. I certainly didn’t instantly bond.

The first week was relatively easy. She slept, ate, pooped. Rinse, lather, repeat. Breastfeeding proved impossible because, well, my milk never showed up, despite my best efforts, so at six days old, she was formula fed, which worked out fine for us. I was getting a fair amount of sleep because my husband would help with the night feedings. I wasn’t afraid to take her out into public. We were at Target on day two. It was all feeling like a major adjustment but I was not feeling extremely overwhelmed.

Into the second, third and every other newborn week, shit started to get real.

The sleeping was less, crying was more, colic and silent reflux became a part of our world, and it occurred to me that this was not feeling “worth it” to me yet. She cried so much after feedings, which were every 2-3 hours, so I didn’t plan much for us during the days. She was never napping more than 30 minutes during the day and the night sleep was sporadic. I was exhausted and confused and overwhelmed. At times, I wondered why I chose this. I wondered why anyone chose this. When people would say “enjoy every moment!”, I wanted to punch them in the face. Seriously.

If I’m being completely honest, I was feeling inconvenienced and frustrated at times. I just wanted some normalcy. I wanted to just get in my car without a screaming child and a diaper bag full of shit just to go to the grocery store for five things. I wanted to go to the beach without having to take a pack n play, a tent, toys, diapers, etc., only to have to leave within 30 minutes because she wouldn’t.stop.screaming.

I was literally mourning my old, carefree life. I was mourning a life without this type of responsibility.

Most of you will be shocked or appalled reading those last statements but I’m talking to those that can identify. I’m telling you my experience because when I was in the thick of this, I just wanted someone to tell me that they felt like this too. I wanted someone to tell me this was ok and this was normal and that this was going to get better. Everyone else seemed to be in this blissful state of baby-wearing motherhood while I was counting down the days to go back to work just to feel human again. I felt like a complete asshole for feeling this way. Where were all of these puppies and rainbows that my mom friends were speaking of?

As I got to know my daughter, things began to make sense. Around six months in, I was starting to really get to know her. The smiling, the giggling, the sitting up, the crawling, the walking, the first words, the cute nuances. I was starting to get it. Finally. I was starting to piece together that although most women were meant to become mothers and nurturing a child was an engrained part of their DNA, some of us had to work at this. Some of us are not natural nurturers. Call it selfish, call it odd, but it’s true. Motherhood is not a natural role for all of us.

As we hit the toddler years, I was more confident. I gave up on figuring out pretty much anything and everything. The level of frustration continued at certain times, such as with tantrums, having constant viruses in the house, being sleep deprived (still), never being able to sit down, and swearing off going into any restaurant, but…I was starting to really love it. I was truly embracing getting to know this child. I was embracing the “mamas” and the “hold yous” and the “uh ohs”. I was becoming so enamored with her that I felt like I finally arrived as a mom.

Now, with my daughter being at the age of almost 7, I do love motherhood. {Most days.} This type of love defines me now. Motherhood defines me. This is what I became a mother for, these years, right now. I love this level of understanding and interaction. I love the ease of this age. This is truly arriving in my love of motherhood. Not only does motherhood make sense now but my daughter makes my whole life make sense.

So, to the mamas in the trenches of the newborn phase that maybe don’t want to admit out loud that you’re not loving it: it’s ok. You’re ok. Your baby is ok. It will get so much better. It will all make sense soon.You’re right where you need to be and you’re not alone. 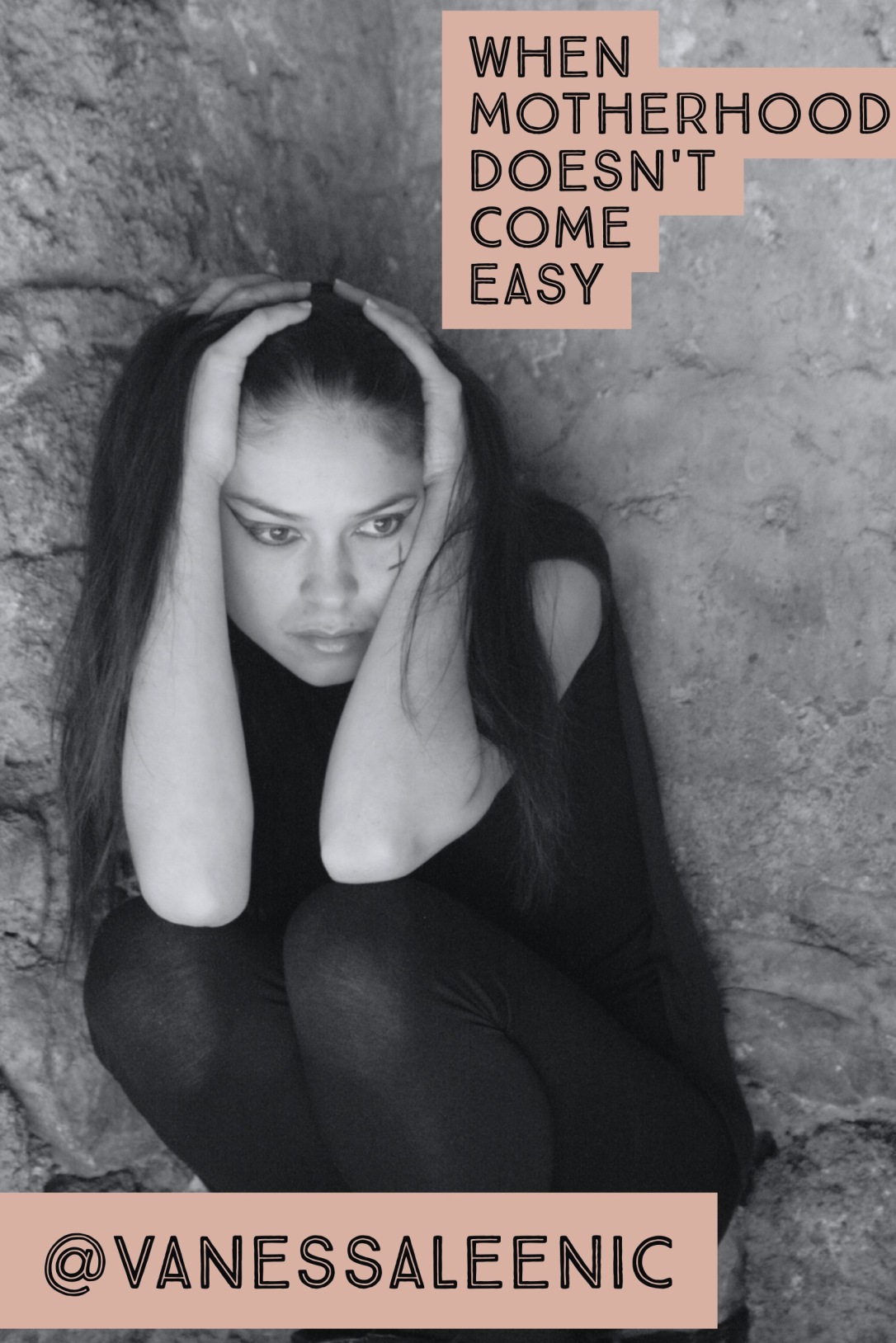